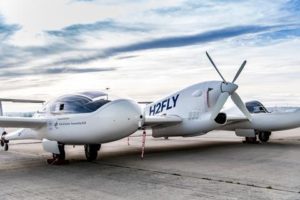 In 2022, Stuttgart developer, H2Fly declared that its demonstration aircraft, The HY4, had set a new world record after Flying at an altitude of 7230ft, confirming the company as one of the leading companies in this new sector of hydrogen-powered aircraft. The HY4 now has got the record as the highest-flying hydrogen-electric powered aircraft This aircraft has flown at the highest altitude of 7230ft. This was accomplished by H2 Fly, a Stuttgart. based developer.

This is one among several developers of Hydrogen-electric powered aircraft.No other Hydrogen-powered aircraft has flown between two major cities to date as the HY4 has done. The spokesman of the Stuttgart airport board says that the HY4 is laying the groundwork for the development of the hydrogen-electric Dornier 328 aircraft that will be produced together with Deutsche aircraft.

This news came about as the company also took a 77-mile journey between Stuttgart and Friedrichshafen., making it the first time a hydrogen-electric aircraft has been flown between two important airports. According to Walter Schoefer, speaker of Flughafen Stuttgart GmbH, this is a major milestone on the long road of the aviation changing process towards climate-friendly air transport. Walter says he sees hydrogen-electric engines as the key to zero-emission flight. 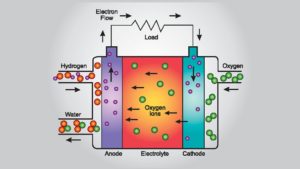 Hydrogen Fuel Cells are used in the HY4 to generate electricity using chemical processes. Each fuel cell has a negative and a positive electrode. The reaction happens at these electrodes. With an electrolyte carrying charges in between the electrodes. Hydrogen is the basic fuel in this type of reaction but also requires oxygen to work correctly.

The biggest importance of these types of cells is that they generate electricity with minimal pollution as hydrogen and oxygen combine to form water as a by-product and generate electricity. Cells that use pure hydrogen are completely carbon-free. The anode and the cathode are separated by a semi-permeable membrane. This fuel cell has Pottasium hydroxide as the electrolyte.

Alkali fuel cells operate on compressed oxygen and hydrogen, They generally use potassium hydroxide solution in water. as the electrolyte. It has an efficiency of about 70%. It also has an operating temperature of about  (150-200)deg C, Cell output ranges from 300W to  5 KW. Alkali Cells were used in the Apollo spacecraft to provide  electricity.,They require pure hydrogen fuel. The Platinum electrode catalysts are however expensive. 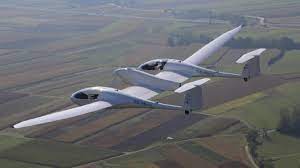 The HY4 is a four-passenger aircraft. The HY4 twin-fuselage design is based on the Pipistrel Taurus G4 aircraft. The difference between the two is that whereas the G4 is all-electric, the HY4 is a hybrid model. It is powered by a hybrid system that combines battery and fuel-cell technology.

If the power gained this way is insufficient, especially in take-off or climb, the Lithium-Ion battery takes over. In the fuel cell, you have hydrogen and oxygen converted into electric energy to drive the propeller drive. The by-product is water. The propulsion of this HY4 aircraft has been tested in more than 30 takeoffs and landings., and flights of more than two hours.

The first milestone of the HY4 should be as regional flying Taxis. By the use of the Hydrogen power cell that runs the HY4, science and technology are presenting technology for emission-free flying. The sixth generation of this system now includes redundancy systems of the hydrogen tank and energy distribution. Due to the increased efficiency, aircraft for up to 40 passengers and with a range of 2000 km will be possible in the next decade. The electric motor has an output of 120Kw, enabling a maximum speed of 200km/h.

This project was an effort between Hy4, Ulm University, DLR, H2 FLY, and Die Aerospace. On the international level, the project was supported by Pipistrel, Politecnica of Milano, University of Maribor, and Cummins Canada. The Hy4 aircraft record shows that hydrogen fuel cell aircraft will soon become mainstream. Sustainability is becoming very important in the world today. It is expected that in the next few years, electric-powered aircraft will be the norm. This will reduce the carbon footprints exhibited in the transport sector currently due to the high use of fossil fuels.