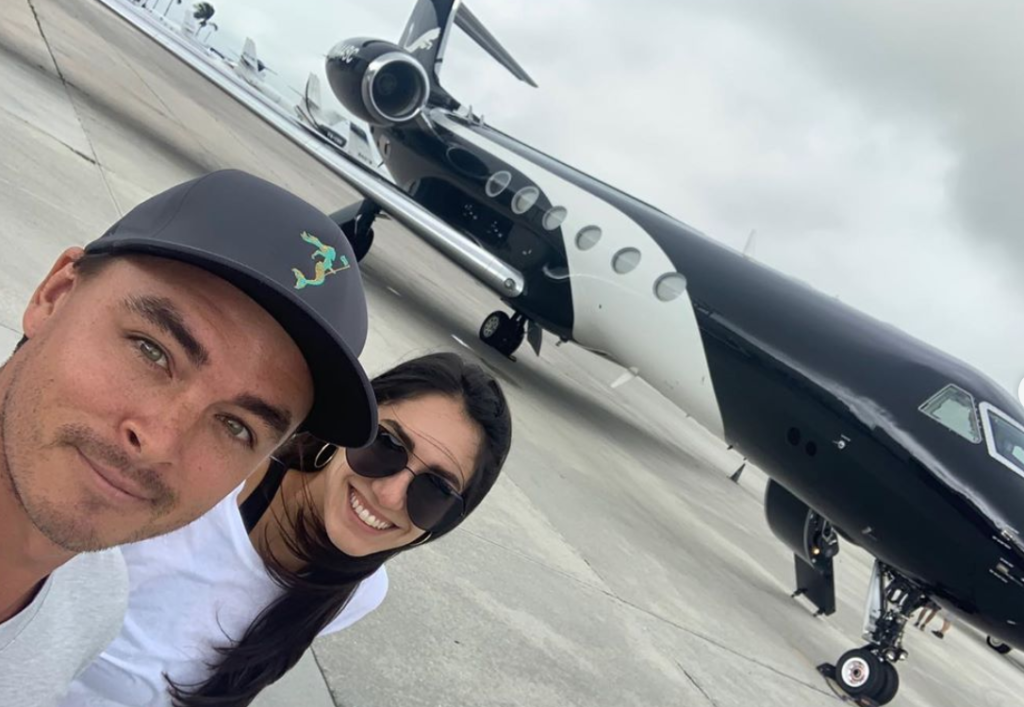 We’ve already talked about what a fantastic private jet the Gulfstream V is. That said, there are personal private jets and corporate private jets, and Rickie Fowler’s is a little bit of both. Puma has been a sponsor of Fowler’s in the past, and so lent them their special Gulfstream V for his honeymoon with track and field star and fitness model Allison Stokke, who took a picture of their flight that included the Puma logo. Entrusting anyone with a corporate plane is serious business. Still, Puma has sponsored Fowler for a decade, and in 2014 he posted a picture of himself boarding a private jet while flying to the BMW Championship while wearing (what else?) a Puma hat, so it seems like a fair deal.